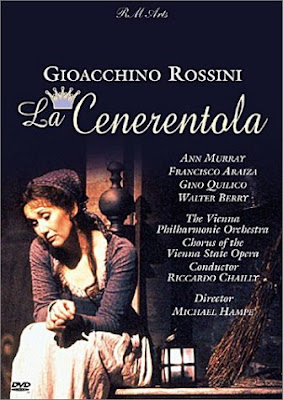 The Continuing Education Division of the University of Missouri-St. Louis is offering a teacher's workshop called "Music! Words! Opera!" June 7 through June 11, 8:30 a.m. to 4:00 p.m.

In addition to exploring some of the greatest operas ever composed, the curriculum is perfect for interdisciplinary study, joining various content areas such as language arts, social studies, science, mathematics, English, and fine arts together with music. This Level I Teachers' Workshop for grades K-4 will explore one of the most beloved fairytale operas of all time, Rossini's Cenerentola (Cinderella).

The instructor will be Bob Nordman, and the registration fee is $25. You may register on-line by clicking here.
Posted by Tony Renner at 3:48 PM No comments:

Peter Ash and Donald Sturrock To Discuss OTSL's The Golden Ticket at the Ethical Society on Monday, May 24 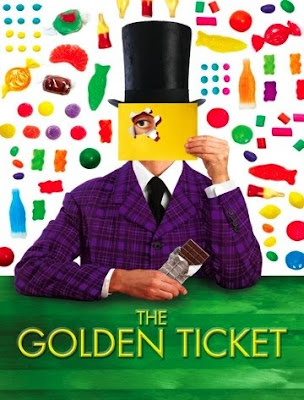 As part of the "Spotlight on Opera" series, Peter Ash, composer, and Donald Sturrock, librettist, will take part in a discussion called "The Power of Chocolate: A Brief History and The Golden Ticket" based around Opera Theatre of St. Louis' production of The Golden Ticket on Monday, May 24, at 7:30, at the Ethical Society, 9001 Clayton Road. Joining the discussion will be James Robinson, OTSL artistic director, and chocolatier Brian Pelletier of KaKao Chocolate, who will not, we fervently hope, neglect to bring samples of his wares.

The Golden Ticket, based on Roald Dahl's Charlie and the Chocolate Factory, was commissioned by the American Lyric Theater and is receiving its world premiere in St. Louis this June at OTSL. The production is directed by James Robinson, with scenic design by Bruno Schwengl and costumes by Martin Pakledinaz.

According to an article on TalkOperaWorld.com:

The Golden Ticket is already developing many fans around the globe, including Felicity Dahl, widow of Roald Dahl, who has co-commissioned its completion with ALT. "At last after years of listening to mediocre attempts by other composers, I was thrilled to hear not only a stunning piece of music, but a well thought-out treatment for an opera version of Charlie and the Chocolate Factory. I was beginning to think no one was capable of capturing the spirit and magic of Roald's original... It is extremely exciting... I can sense something very special is being created here!"

American Lyric Theater was "founded in 2005 to build a new body of operatic repertoire for new audiences by nurturing composers and librettists, developing sustainable artistic collaborations, and contributing new works to the national canon."
Posted by Tony Renner at 11:29 PM No comments:

Isaac Mizrahi to Discuss A Little Night Music at Ethical Society on Monday, May 17 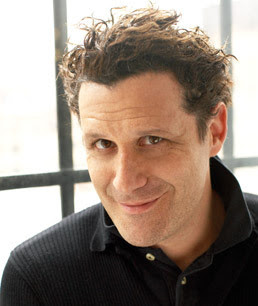 Join Isaac Mizrahi, director and designer, and Stephen Lord, Opera Theatre of St. Louis music director, "Spotlight on Opera Series: Sondheim Goes to the Opera," a discussion of A Little Night Music, at the Ethical Society, 9001 Clayton Road, on Monday, May 17, at 7:30 p.m. Moderated by general director Timothy O'Leary.

Derek Blasberg of the Style File Blog reports that

Directing was the next logical step for the full-time fashion designer, who has already designed sets and costumes for other productions and even performed a one-man show Off Broadway in 2000. "This is my first time directing, but it feels like something I've been doing forever," Mizrahi explained, adding that his fashion gigs aren’t too dissimilar to what he does backstage. "There are surely some similarities: sticking to your guns, learning how to listen to people -— but then you just have to make it happen!" While he's mum on the specifics he's been working on for the past two years, he did offer up some sketches [click link to view] and some projections. He’s envisioning some elements out of A Midsummer Night’s Dream: the woods, the color green, and the whimsy of characters like Shakespeare’s Mustard Seed and Pease Blossom, all of which seems appropriate for Sondheim’s fairy-tale Sweden, where, as the lyrics have it, the sun doesn’t set.

In an interview with St. Louis Magazine's Stefene Rusell, Mizrahi explained why he made his directorial debut in St. Louis:

"It’s like this cozy kind of opera hamlet," Mizrahi says of Opera Theatre. "Last year, I worked at the Met with [mezzo-soprano] Stephanie Blythe. She was waiting to go onstage during dress rehearsal, and I was talking to Tom Watson, who is the wig master there, and also at Opera Theatre. I was telling him I was hoping he was doing the wigs. Stephanie turned to me and said, 'Are you working at Opera Theatre of Saint Louis?' And I said yes, and she said, 'God, like everyone in the world works at that damn thing!' So you see, everyone in the world will see this -- yet it's such a wonderful, nurturing environment. It's experimental enough, it's polished enough, it's homey enough, and international enough -- it just feels right for me to be working there first."

Posted by Tony Renner at 9:30 AM No comments: 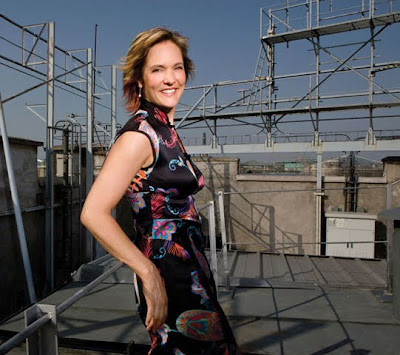 Marlis Petersen, most recently seen this spring as Ophélie in the new production of Hamlet, plays the scandalous femme fatale of the title, a role for which she has won international acclaim. Anne Sofie von Otter sings Countess Geschwitz and James Morris is Dr. Schön.

The news that Levine has withdrawn from a Lulu revival (May 8-15) to undergo back surgery is saddening, and a bit ominous: classical-music insiders are chattering about how long he will be able to keep his two crucial posts, at the Met and at the Boston Symphony Orchestra. Nonetheless, the Met is going ahead with Lulu: the capable Fabio Luisi conducts, and the young German soprano Marlis Petersen (who was recently heard at the Met singing Ophelia to Simon Keenlyside’s Hamlet) takes the title role. John Dexter’s 1977 production is one of the company’s finest; even without Levine in command, Lulu will cast its dark spell.

Posted by Tony Renner at 4:07 PM No comments: