Spotlight on Opera Shines on "Carmen" at Ethical Society on Monday, April 30 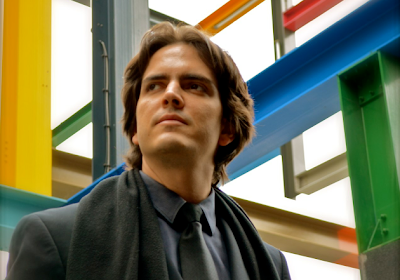 A discussion of Carmen will kickoff Spotlight on Opera, Saint Louis Opera Theatre’s popular series, exploring the ideas behind the music of Carmen on Monday, April 30, at 7:30 p.m., at the Ethical Society in Clayton.

Individual tickets are available for $10; a subscription to the four Monday evening peresentions is $30.

Carmen is the greatest hit of French opera, but it pulses with Spanish rhythms. How does that flamenco sound inspire such passion? Why does Bizet’s music hold such power over us, after 140 years? Deborah Baldini, Teaching Professor of Spanish at the University of Missouri–St. Louis, and John Kasica, principal percussionist for the St. Louis Symphony, are joined by Carmen’s conductor Carlos Izcaray and director Stephen Barlow.

Offered on four Monday evenings at 7:30 p.m. from April 30 through May 21 a, Spotlight on Opera brings together Opera Theatre artists, community leaders, and scholars for unique perspectives and unforgettable insights into the operas in the 2012 Festival Season. The operas to be discussed are Carmen, Sweeney Todd, Cosi fan tutte, and Alice in Wonderland.

Guest panelists this season include a Tony Award-winning singer and actress, a Pulitzer Prize-winning playwright, a leading clinical psychiatrist, an enterprising small business owner, St. Louis’s top percussionist, and an award-winning Spanish professor. These panelists join the conductor and director of each opera, as well as singers from Opera Theatre’s Gerdine Young Artist apprentice program, who perform musical highlights from each opera. The programs are moderated by Opera Theatre General Director Timothy O’Leary.
Posted by Tony Renner at 1:49 PM No comments: 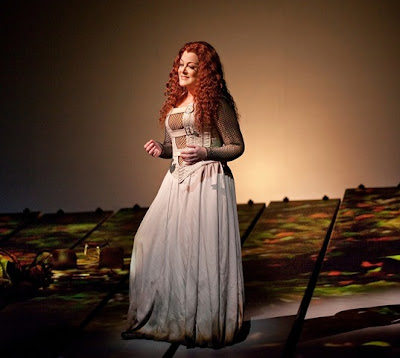 
The Met has assembled a stellar cast for this second installment of Robert Lepage’s new production of the Ring cycle, conducted by James Levine: Bryn Terfel is Wotan, lord of the Gods, in his first performances of the role with the company. Deborah Voigt adds the part of Brünnhilde to her extensive Wagnerian repertoire at the Met. Jonas Kaufmann and Eva-Maria Westbroek star as the Wälsungen twins, Siegmund and Sieglinde, and Stephanie Blythe is Fricka.

“The Ring is not just a story or a series of operas, it’s a cosmos,” says Lepage, who brings cutting-edge technology and his own visionary imagination to the world’s greatest theatrical journey. Levine, who has conducted every complete cycle of Wagner’s masterpiece at the Met since 1989, says, “The Ring is one of those works of art that you think you know, but every time you return to it, you find all kinds of brilliant moments that hadn’t struck you with the same force before.”

Posted by Tony Renner at 8:06 AM No comments:

Shepherd meets Nymph...both are smitten.
They fall madly in love despite Fate's decree: no joy shall last.
Thus enters a jealous Monster... who also loves the Nymph. 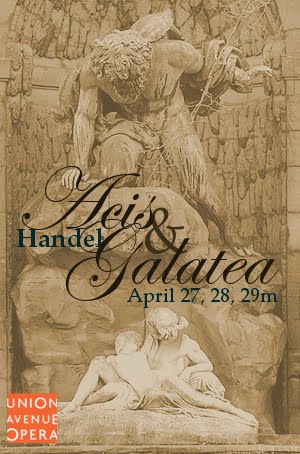 Will the Shepherd and Nymph's love prevail against all odds? This question and more will be answered in Union Avenue Opera's season opening production of George Frederic Handel's Acis and Galatea, a mythical tale of love, loss and immortality. Audiences will be captivated by the verdant scenery and the ravishingly beautiful, lush score. Acis and Galatea marks Union Avenue Opera's first-ever Handel opera and a return to the company's roots in producing Baroque operas such as Blow's Venus and Adonis and Purcell's Dido and Aeneas.

Artists in the title roles make their Union Avenue Opera debut. Tenor Marc Schapman sings the role of the shepherd Acis with Soprano Juliet Petrus as the sea nymph Galatea. Returning after his delightful turn as Sergeant Sulpice in La fille du Régiment during the 2010 season, Baritone David Dillard sings the role of the monster Polypheme. A quartet of nymphs and shepherds rounds out the cast and shares the arias of the character Damon: Sopranos Elizabeth Schleicher and Elise LaBarge, Tenor Philip Touchette and Baritone Nathan Ruggles.

Acis and Galatea runs this weekend only: April 27, 28, 29(m). Friday and Saturday performances begin at 8pm; Sunday matinee at 3pm. Opera will be performed at Union Avenue Christian Church located at 733 N. Union Blvd in St. Louis (map). Production sung in English with projected English supertitles. Tickets range $30-52. For Ticket Purchases or any other questions, call 314.361.2881 or visit http://www.unionavenueopera.org/
Posted by Phil Touchette at 6:32 PM No comments: 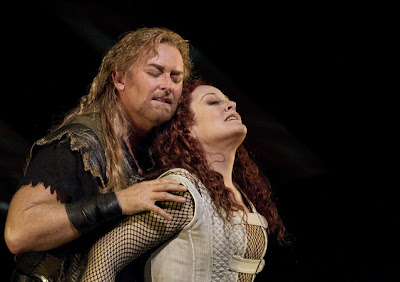 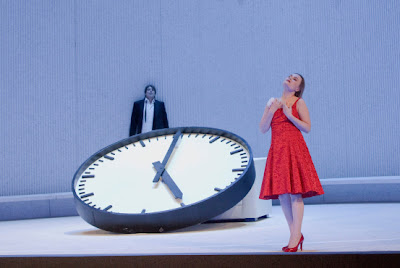 
Natalie Dessay will put on the red dress in Willy Decker’s stunning production, in her first Violetta at the Met. Matthew Polenzani sings Alfredo, Dmitri Hvorostovsky is Germont, and Principal Guest Conductor Fabio Luisi is on the podium.


It is pointless to separate singing and acting in a Dessay performance. Every vocal phrase is impelled by the emotion and dramatic intention of the moment. After Alfredo’s courtship Violetta, who is cynical about love, ponders whether it might just be possible to take his ardor seriously.

She brought ethereal sound and a searching character to the soft phrases of “Ah, fors’è lui.” Then, smashing a glass of Champagne against the wall and kicking off her heels, she slapped sense into herself and delivered a defiant “Sempre libera,” declaring that she will never be fettered to anyone, at least romantically.

Her coloratura runs were sometimes inelegant, and her impetuous way with phrases must have been a challenge for Mr. Luisi, who nevertheless managed. Still, here was a woman swept up in her own reckless determination. 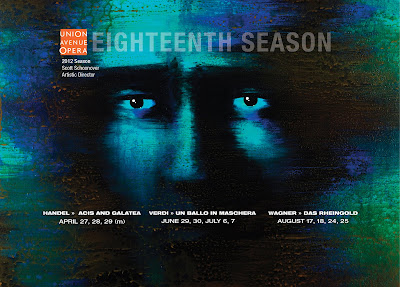 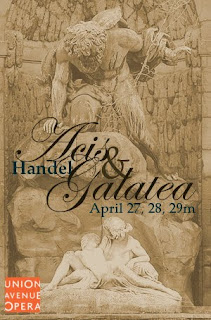 Opening this month, Acis and Galatea is George Frederic Handel’s mythical tale of love, loss, and immortality. Witness the tragic love of Galatea, a beautiful sea nymph, and the young shepherd Acis. Jealous monster Polyphemus is also in love with Galatea, and in a rage he takes Acis’s life; a grief-striken Galatea immortalizes her beloved as an everlasting fountain. Audiences will be captivated by the verdant scenery and by the ravishingly beautiful and lush score played by an onstage orchestra. Presented in English with projected English supertitles. 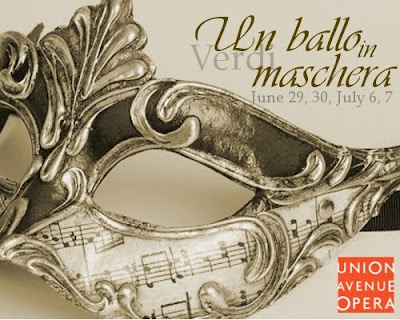 Don’t miss the mystery and intrigue of Giuseppe Verdi’s magnificent Un ballo in maschera. Riccardo and Amelia share a forbidden love, but the beguiling Amelia is married to Riccardo’s closest friend and confidante Renato. Amelia enlists the aid of sorceress Ulrica in an effort to extinguish her illicit love for Riccardo, but discovers her secret is already out. The culmination takes place at a lavish masked ball as this love triangle turns deadly. Presented in Italian with projected English supertitles. 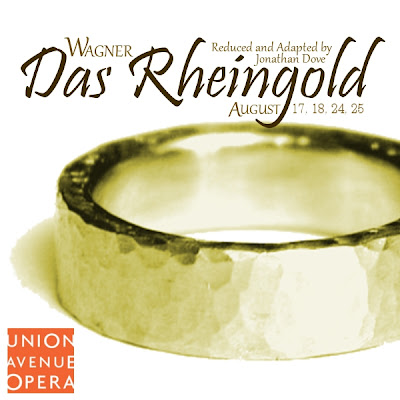 Concluding the 2012 Festival Season is the start of a four-year odyssey for Union Avenue Opera: Das Rheingold, the first of Richard Wagner’s epic Ring Cycle. Condensed and reduced by English composer Jonathan Dove, this adaptation retains the essence of Wagner while making it accessible to UAO’s intimate setting. A saga of epic proportion replete with giants, gods, goddesses and a dragon, Das Rheingold opens in the waters of the river Rhine, where three Rhine-maidens guard the river’s magical gold. Enraged by their scorn, conniving dwarf Alberich steals enough of this precious metal to forge a ring that gives its bearer unimaginable power. Meanwhile Wotan and Loge, two powerful gods, conspire to steal the gold as ransom for the goddess Freia who has been kidnapped by two giants. The ensuing struggle for possession of the ring drives this dramatic opera. Presented in German with projected English supertitles.


IN THE PIT AND BEHIND THE SCENES

Union Avenue Opera welcomes back artists from past seasons: 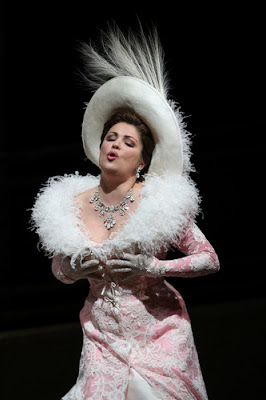 
Massenet’s Manon clings to a place in the standard repertory, though just barely. It is a popular but problematic work. The title role of an alluring French girl from a small town with a fatal attraction to riches and pleasures has long been an irresistible vehicle for a star soprano.

The great and glamorous Anna Netrebko makes Manon her own in the inconsistently effective new production that opened at the Metropolitan Opera on Monday night, directed by Laurent Pelly and conducted by Fabio Luisi. Ms. Netrebko, who opened the Met’s season starring in a new production of Donizetti’s Anna Bolena, may not have the light lyric coloratura voice of some classic Manons, and her singing was not flawless. But with her rich, gleaming sound and vocal charisma, she was a Manon of rare intensity and emotional depth.